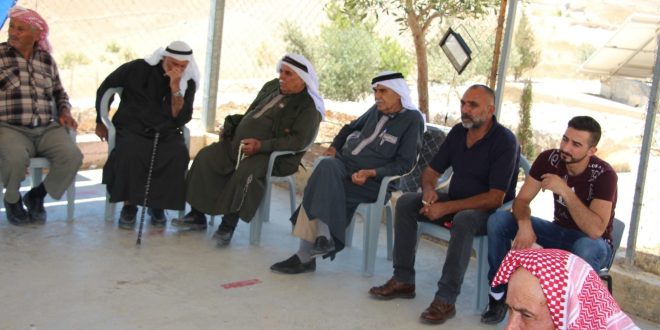 Share
Out ADWAR Association belife and its keenness to sustain the role of the women’s protection committees in protecting the rights of women in the priority communities, a follow-up meeting held with the Women’s Protection Committee in Masafer Yatta, along with AlMasafer’s men, in addition to Muhib Al-Jabari, General Director of the Economics department in Hebron and Muhammad Abu Zahra Deputy Secretary of the Committee for the Defense of Lands.
The meeting’s goal was the Ministry of Economy’s response to the demands of the Women’s Protection Committee to provide income-generating economic projects by providing a budget of 200,000 shekels and more as needed, and this is a demand that has been responded to by government agencies. 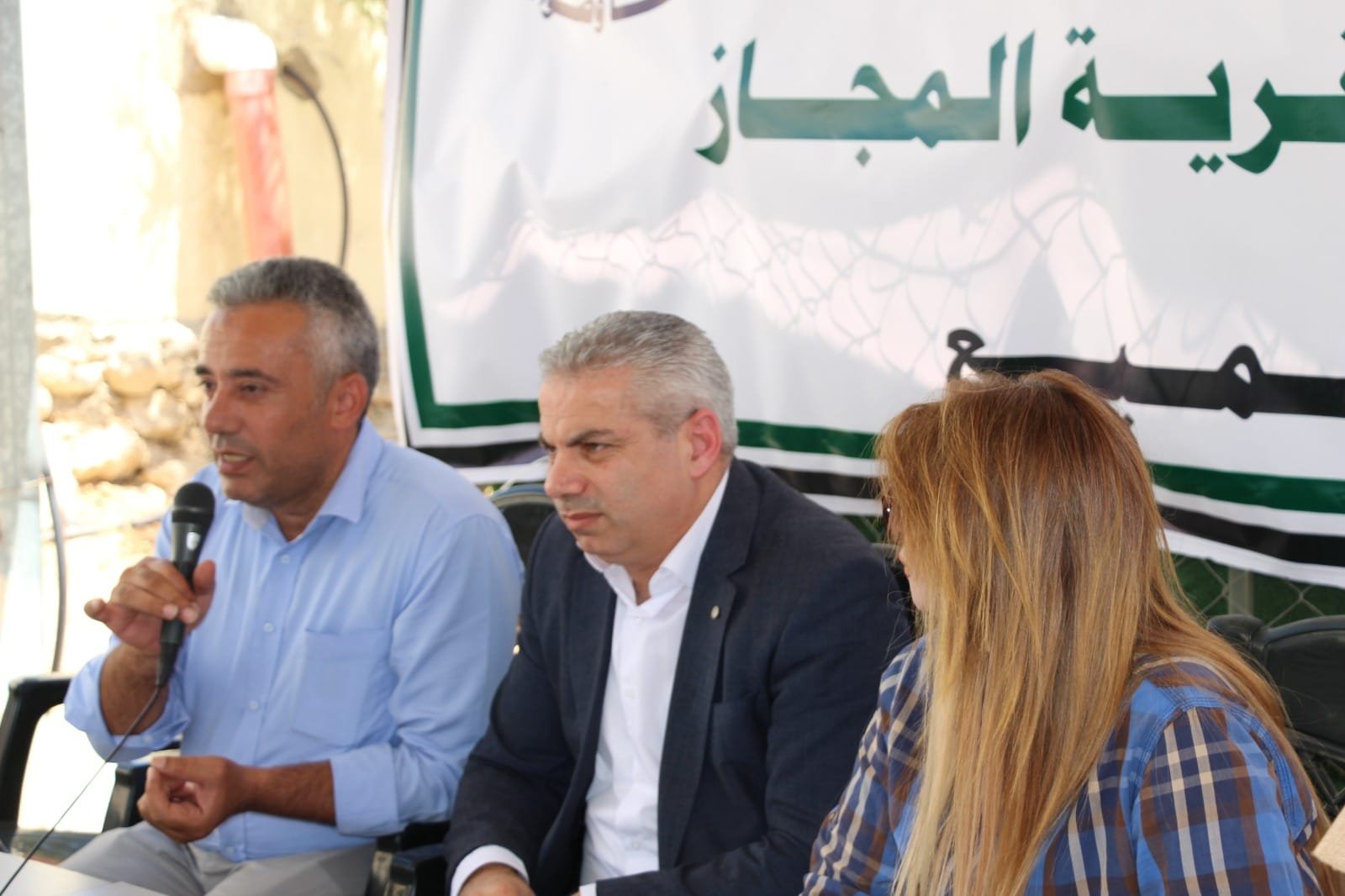 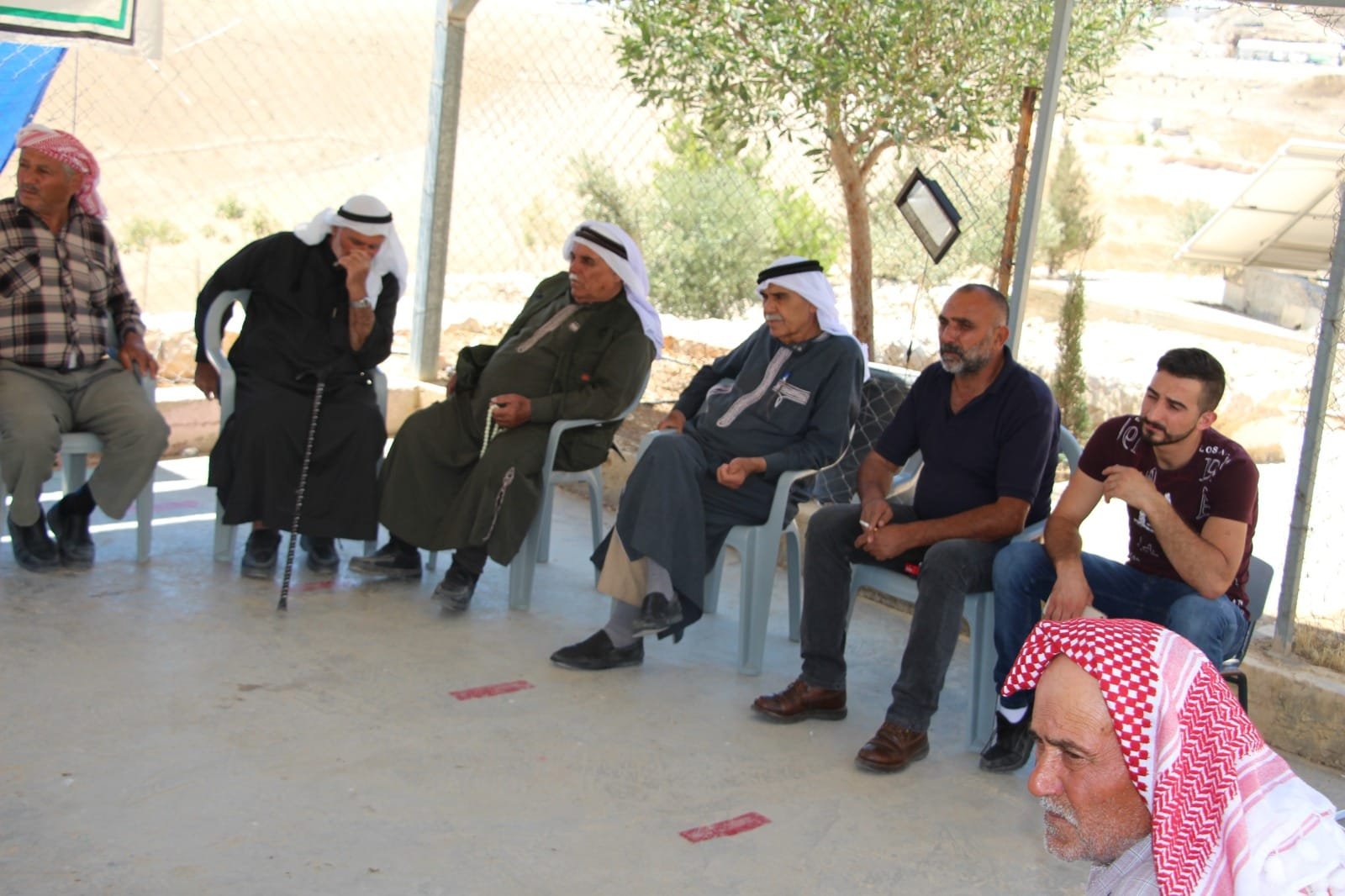 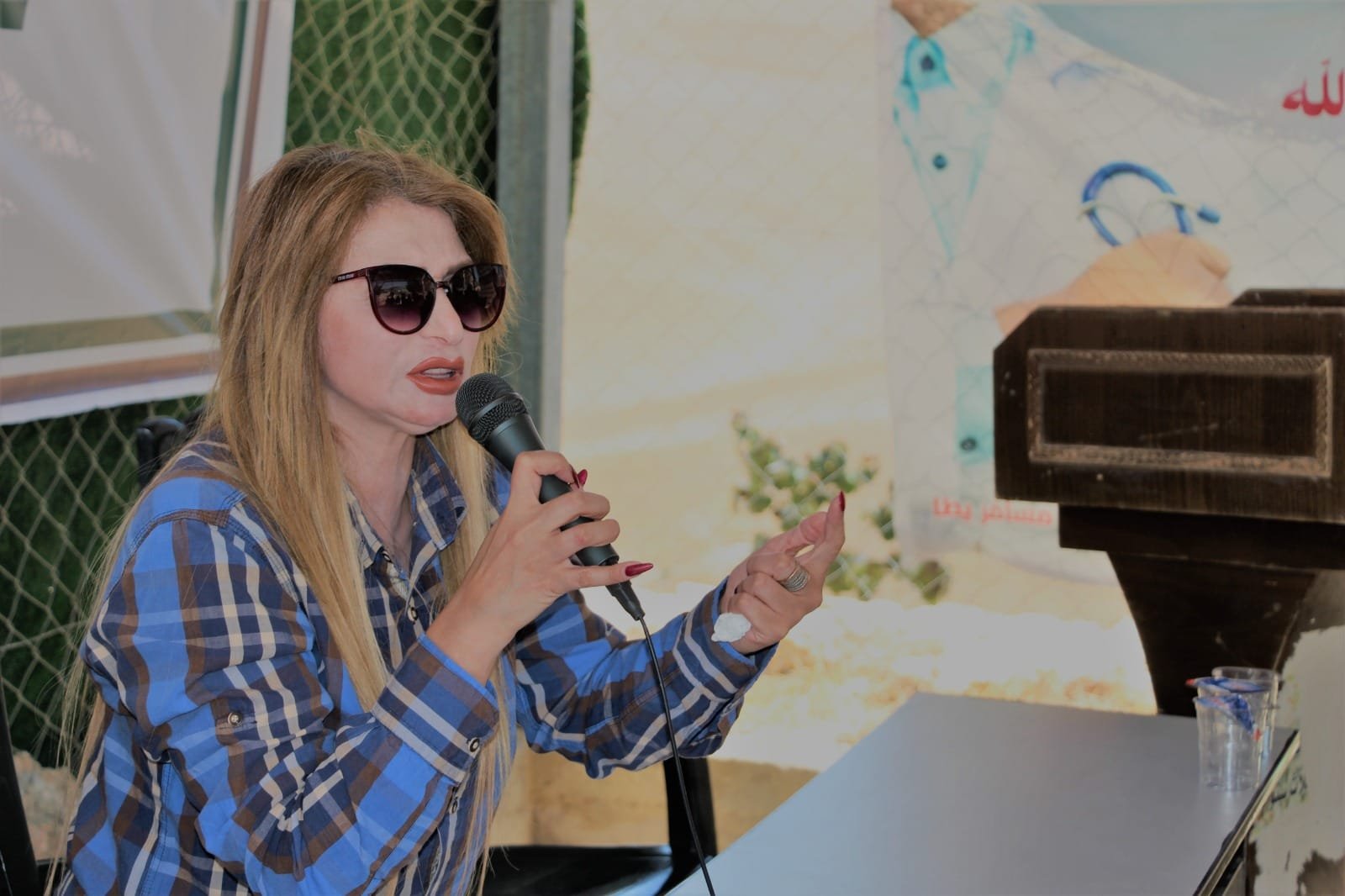 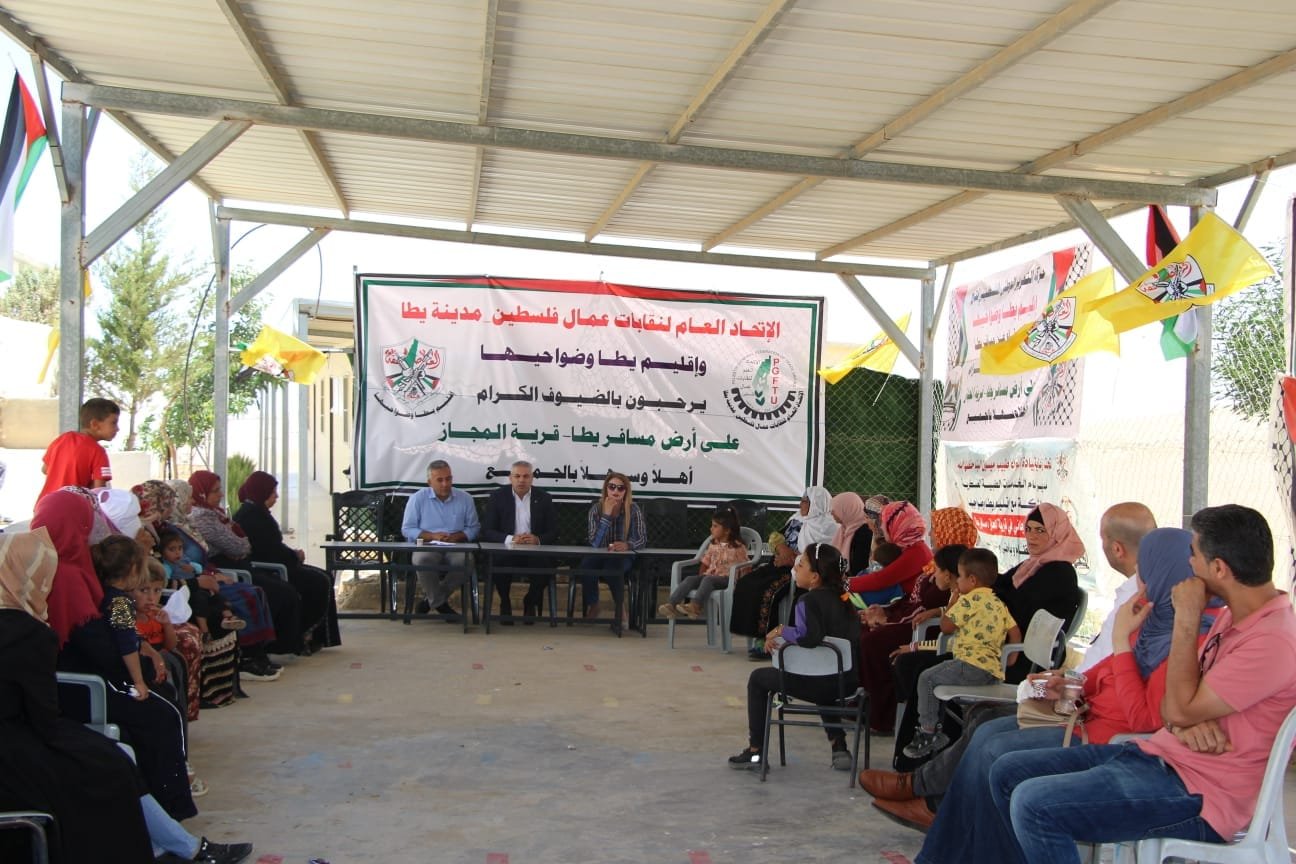 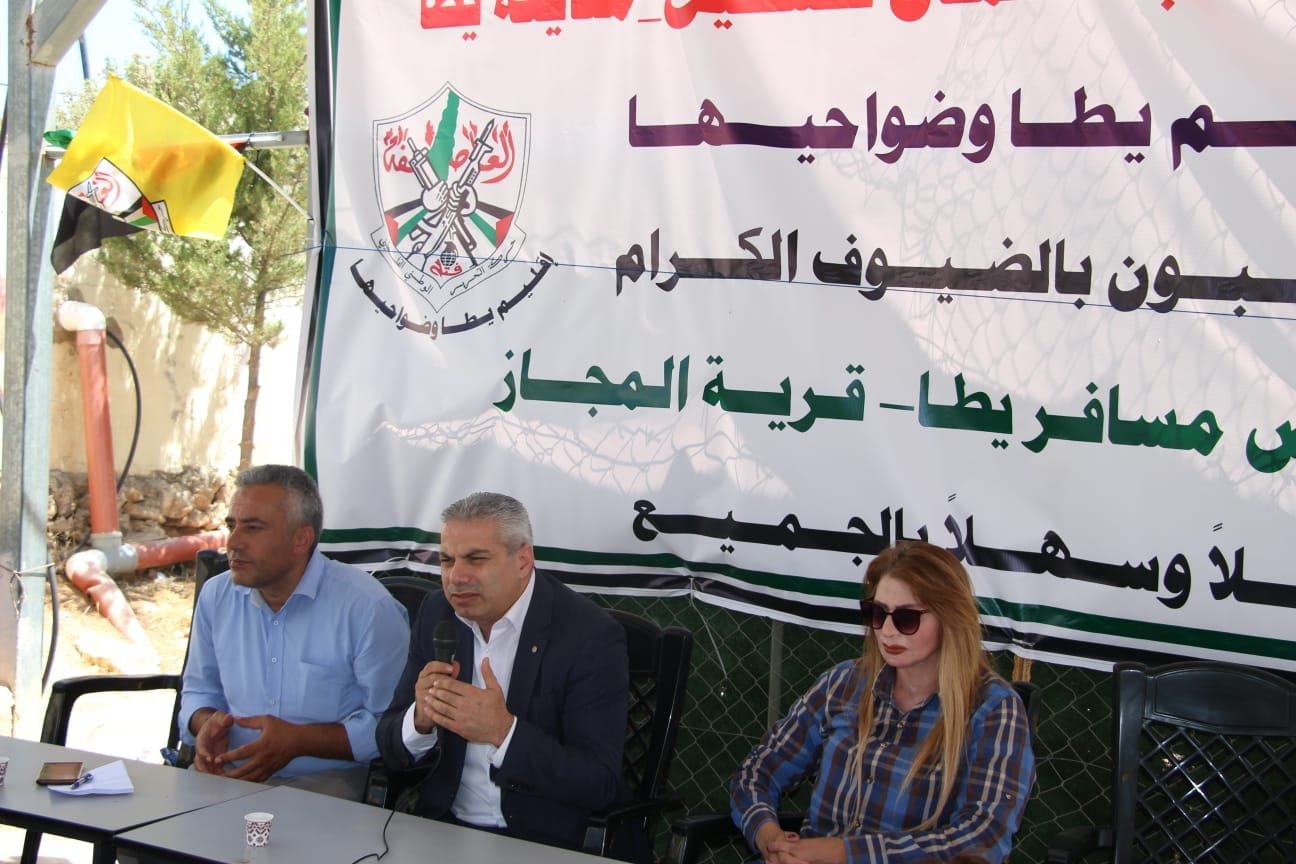 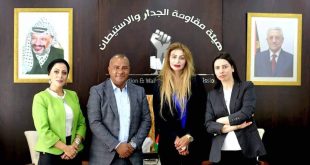 Within the framework of strengthening relations and discussing ways of cooperation