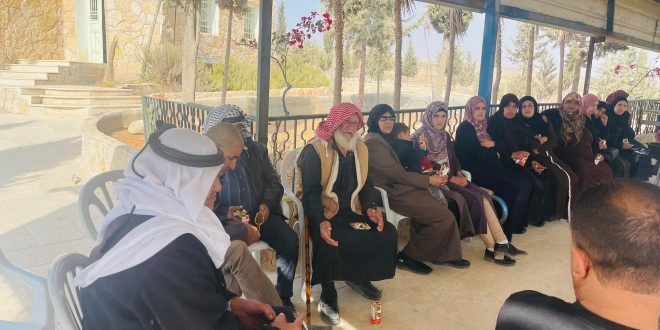 Share
In honor of the 16 Days Campaign to Combat Violence against Women, ADWAR Association opened Public and Announcement hearing Sessions with the various official organizations in Bani Naim and Jala communities in Hebron, where the accountability sessions aim to strengthen communication mechanisms between members of the Bedouin Unified Women Council and decision makers in order to recruit them to support women and provide their demands for services.
Where the members of the Bedouin Council asked each of the Palestinian Ministry of Agriculture about its role in serving the priority communities and providing services related to agriculture that women in Jala lack and depend on as a primary source of income, while in Bani Naim asked the Committee to Resist the Wall and Settlements, because they have a major role in supporting the steadfastness in the gatherings.
These activities are part of “Our Path for Prosper Future” project, in partnership with the Sidra Lakiya Foundation in Negev, and funded by the European Union. 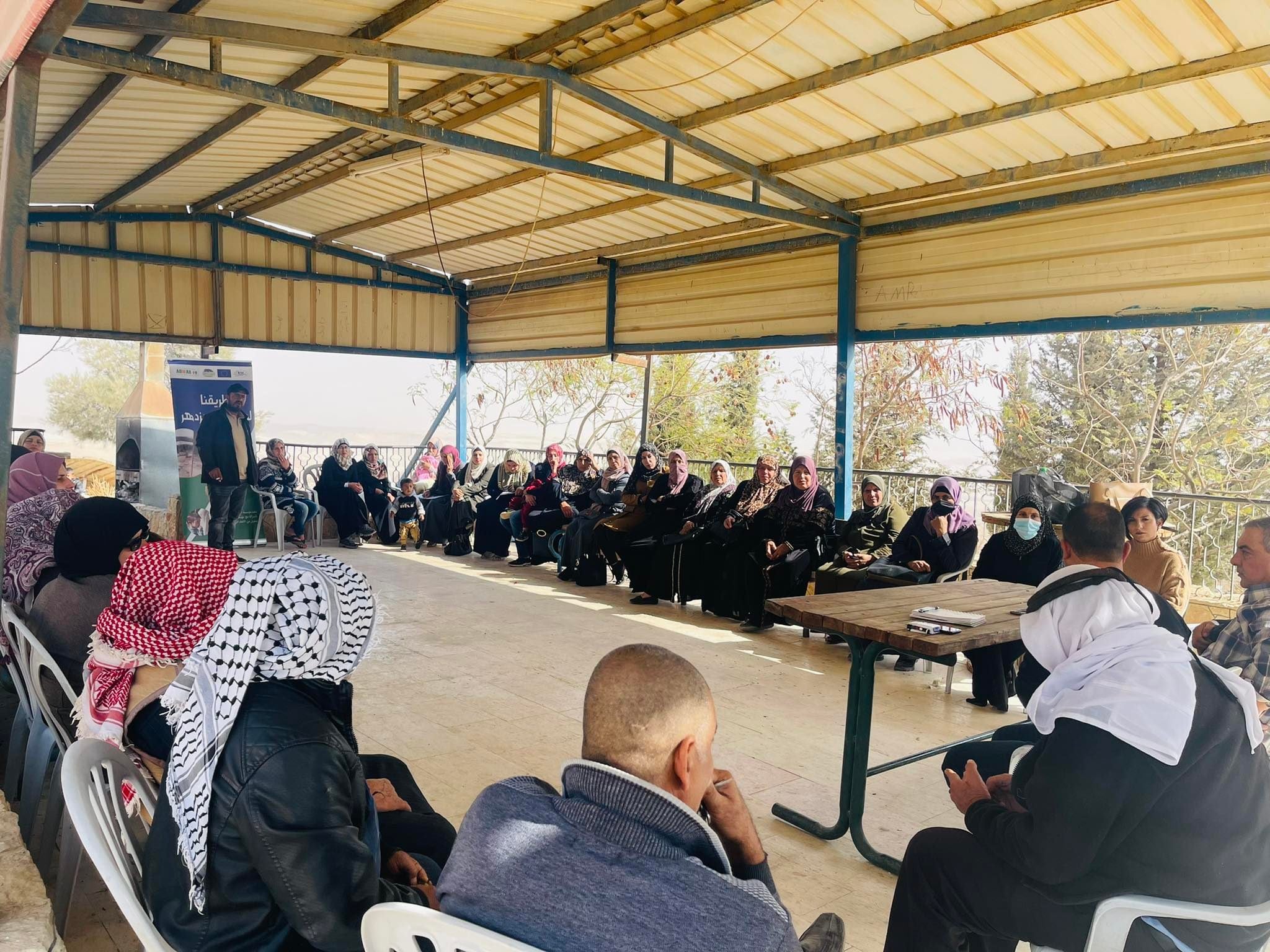 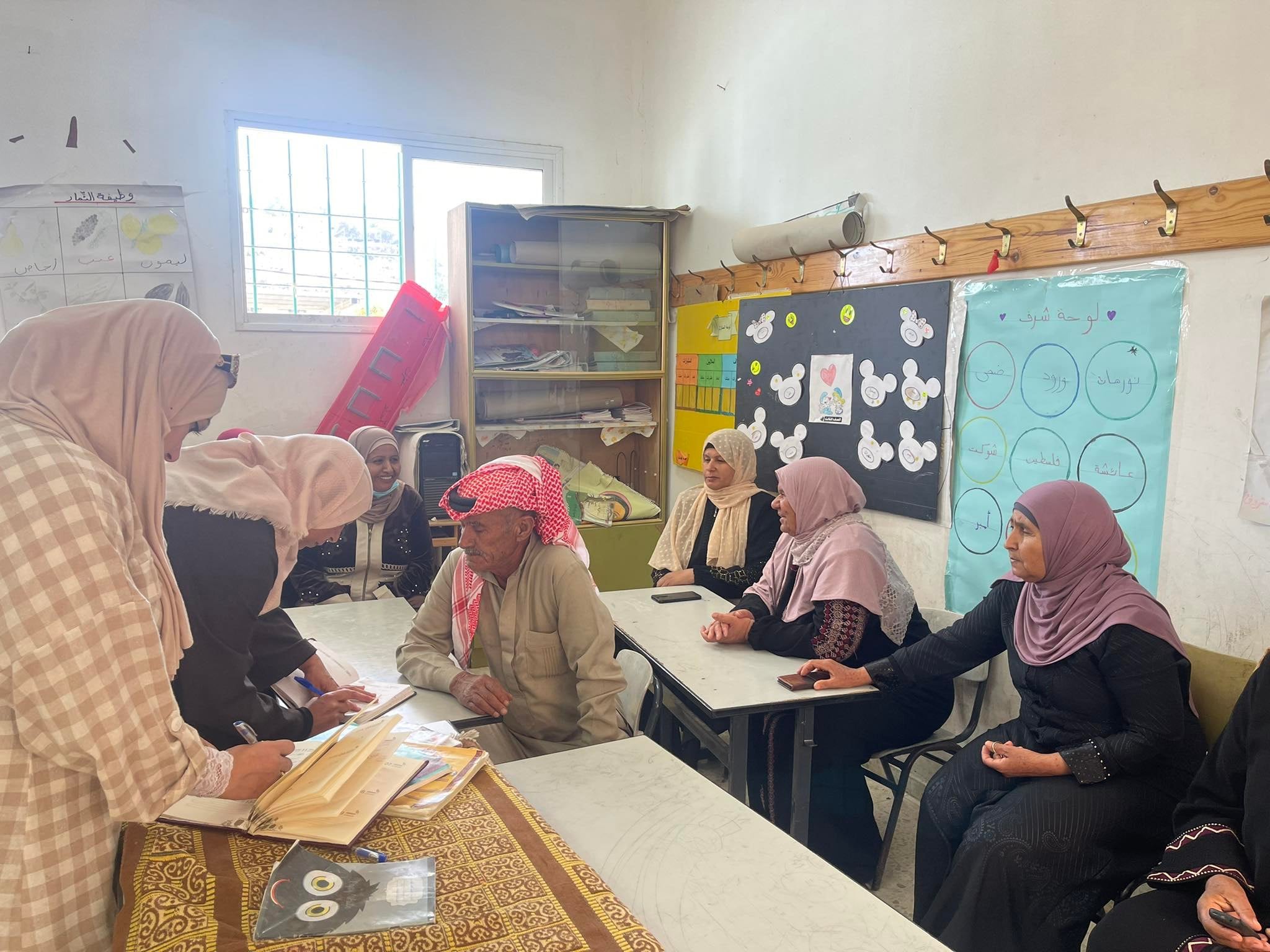 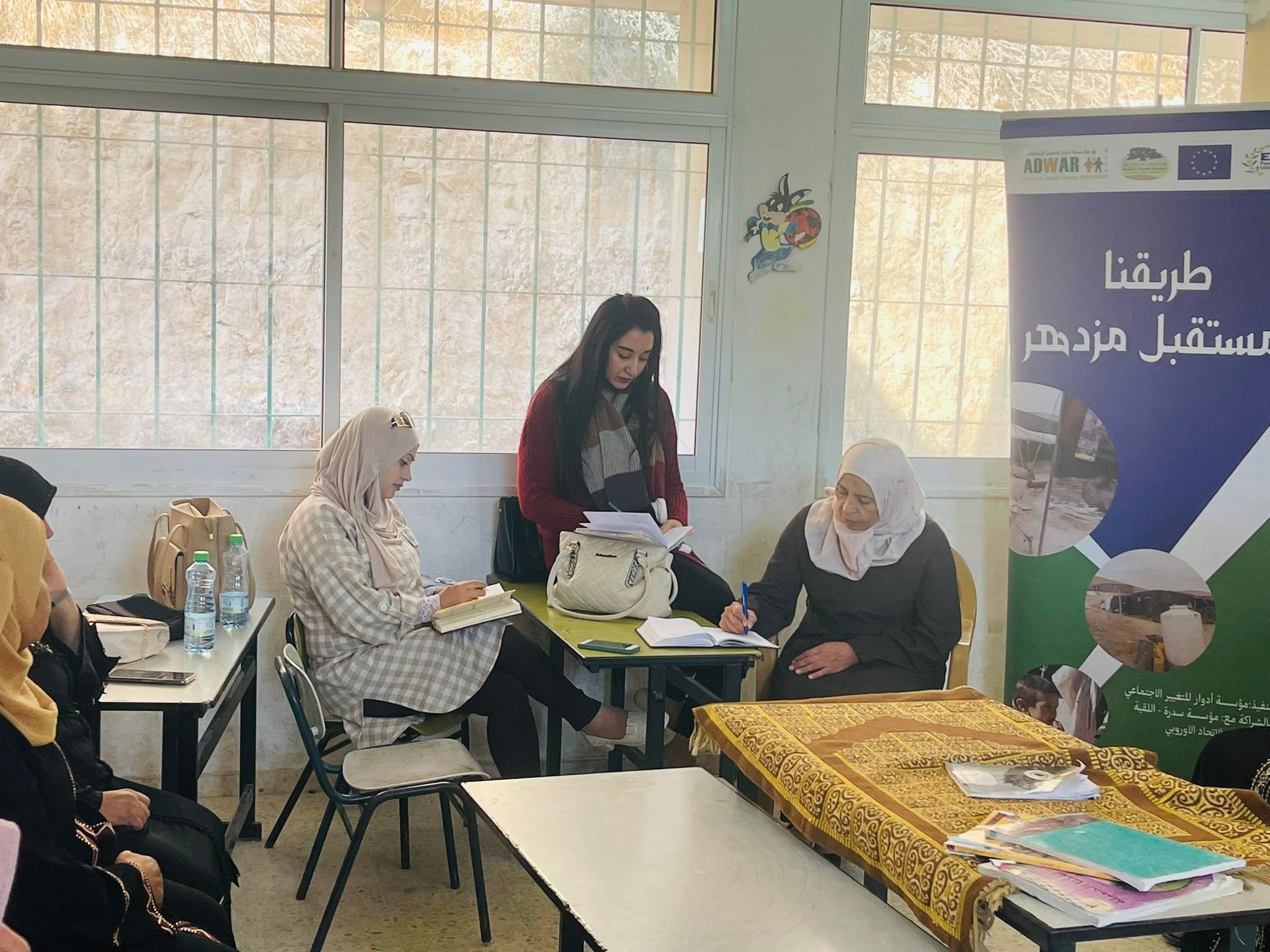 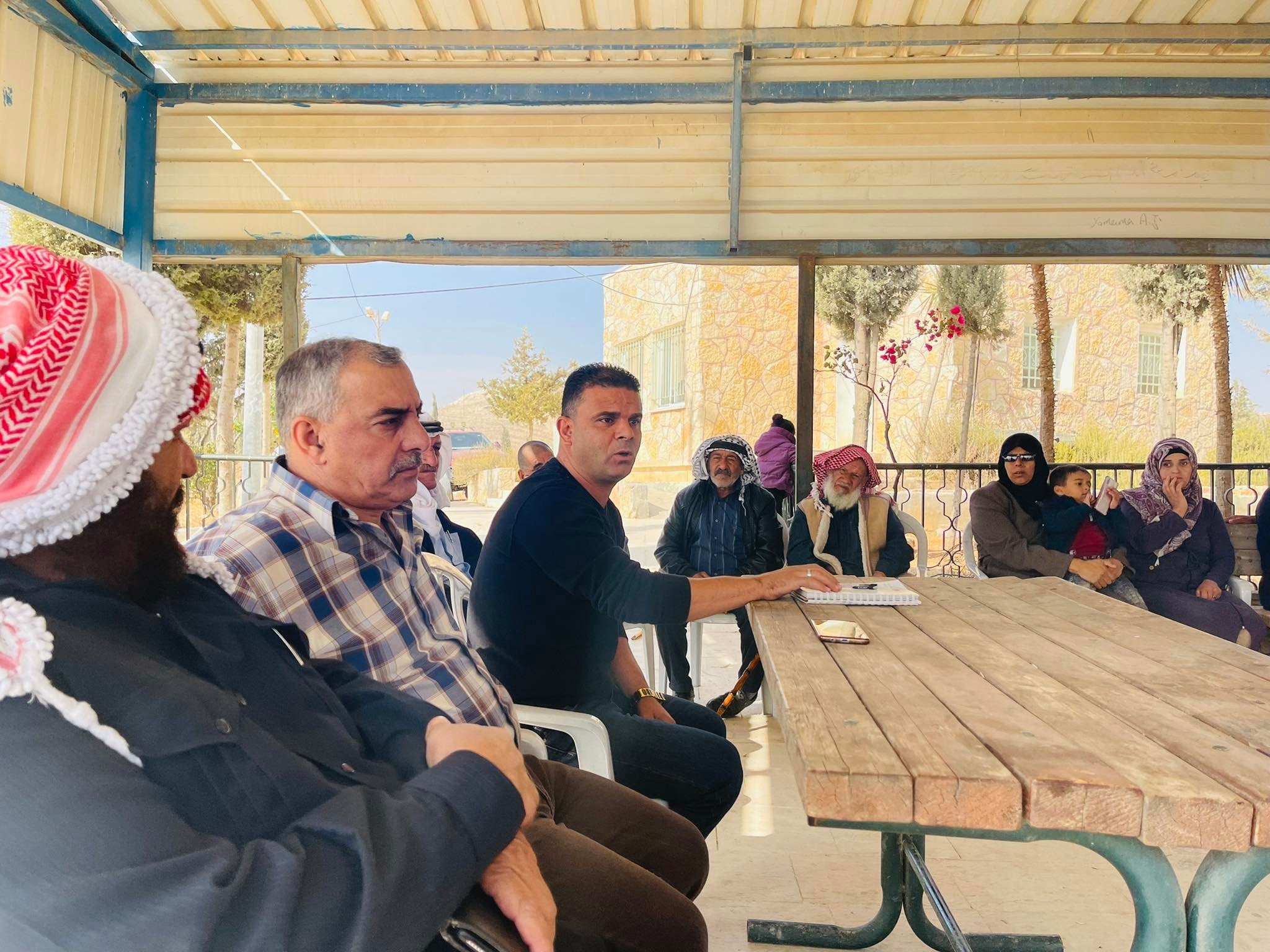 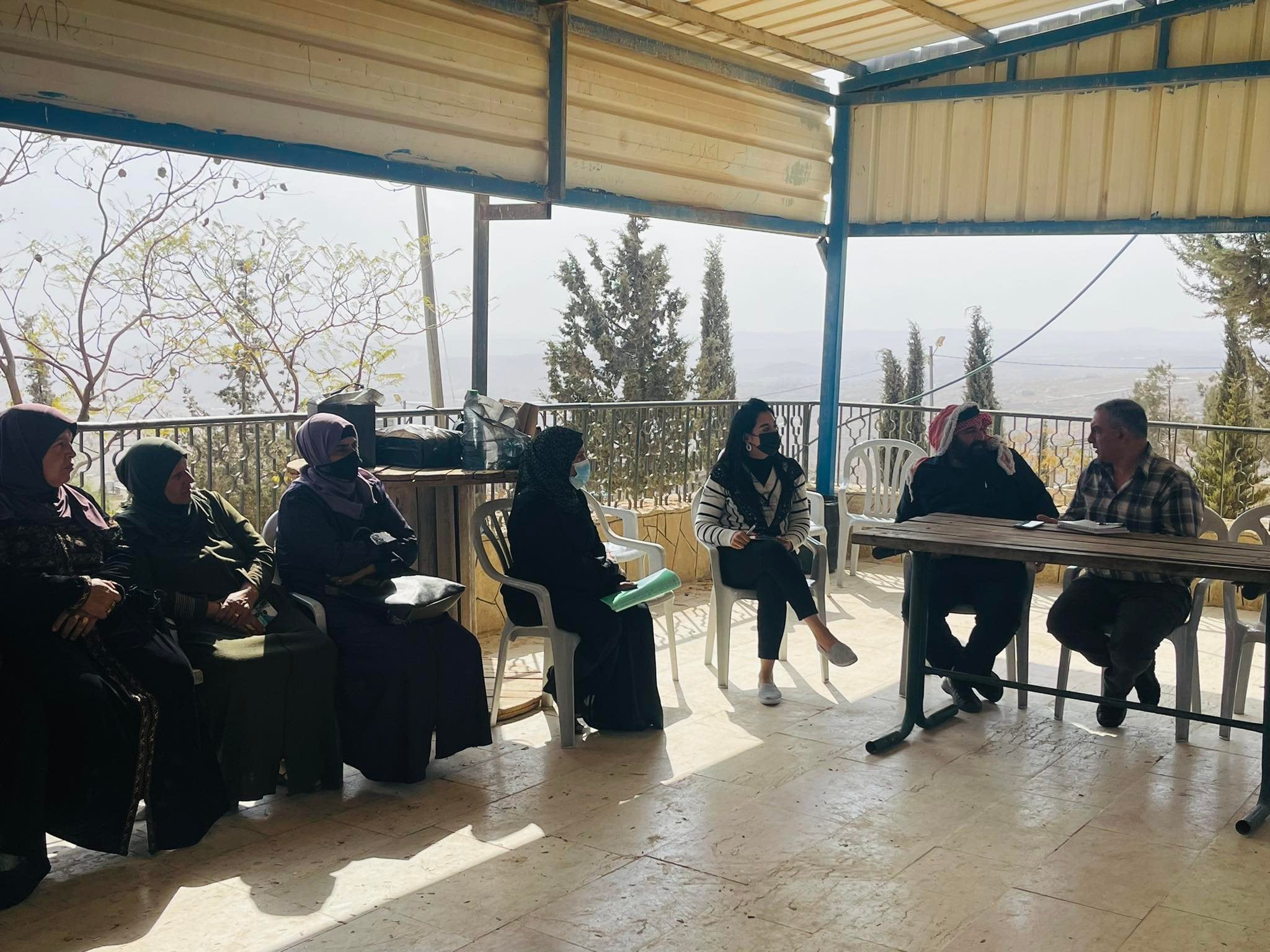 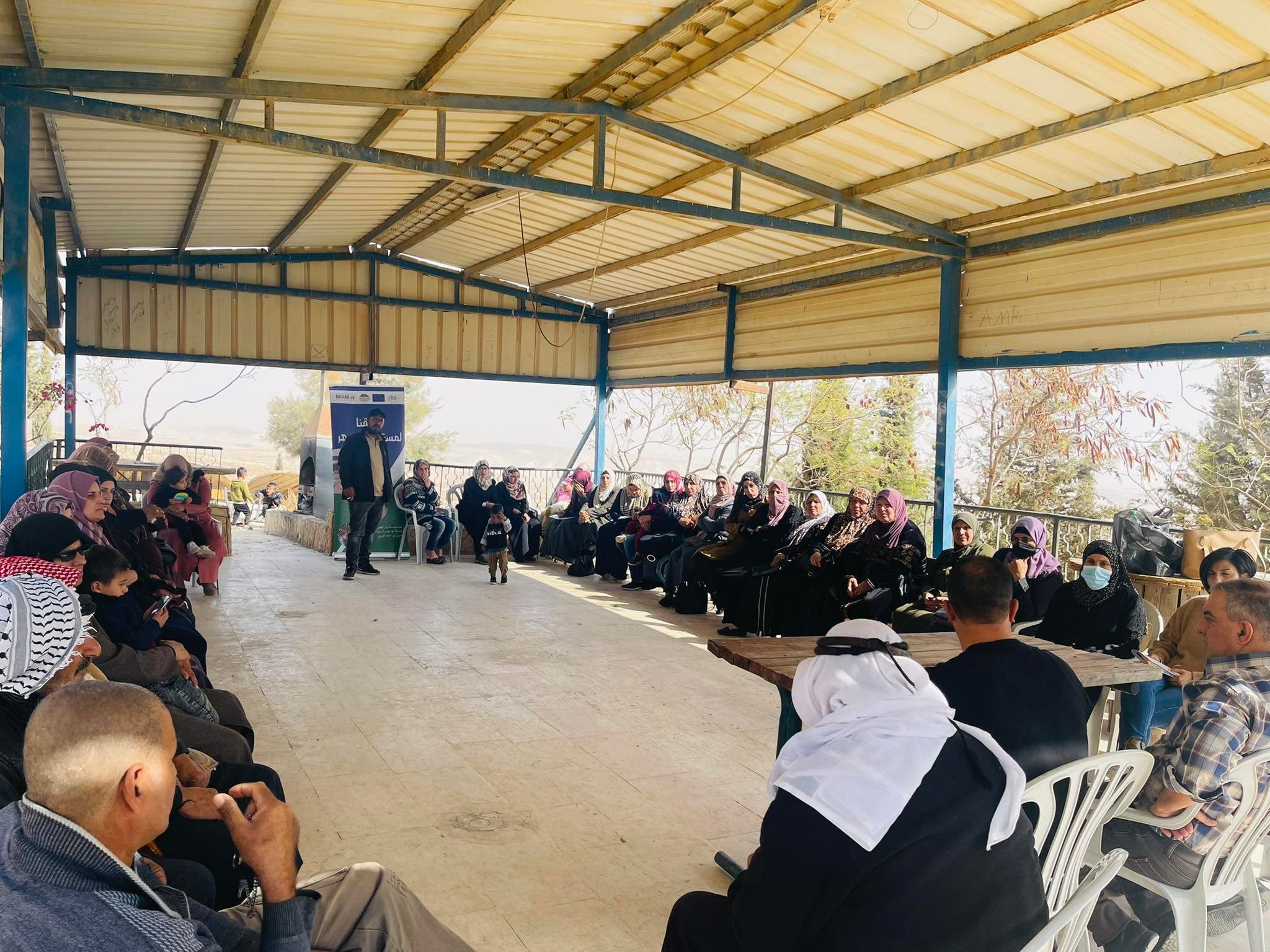 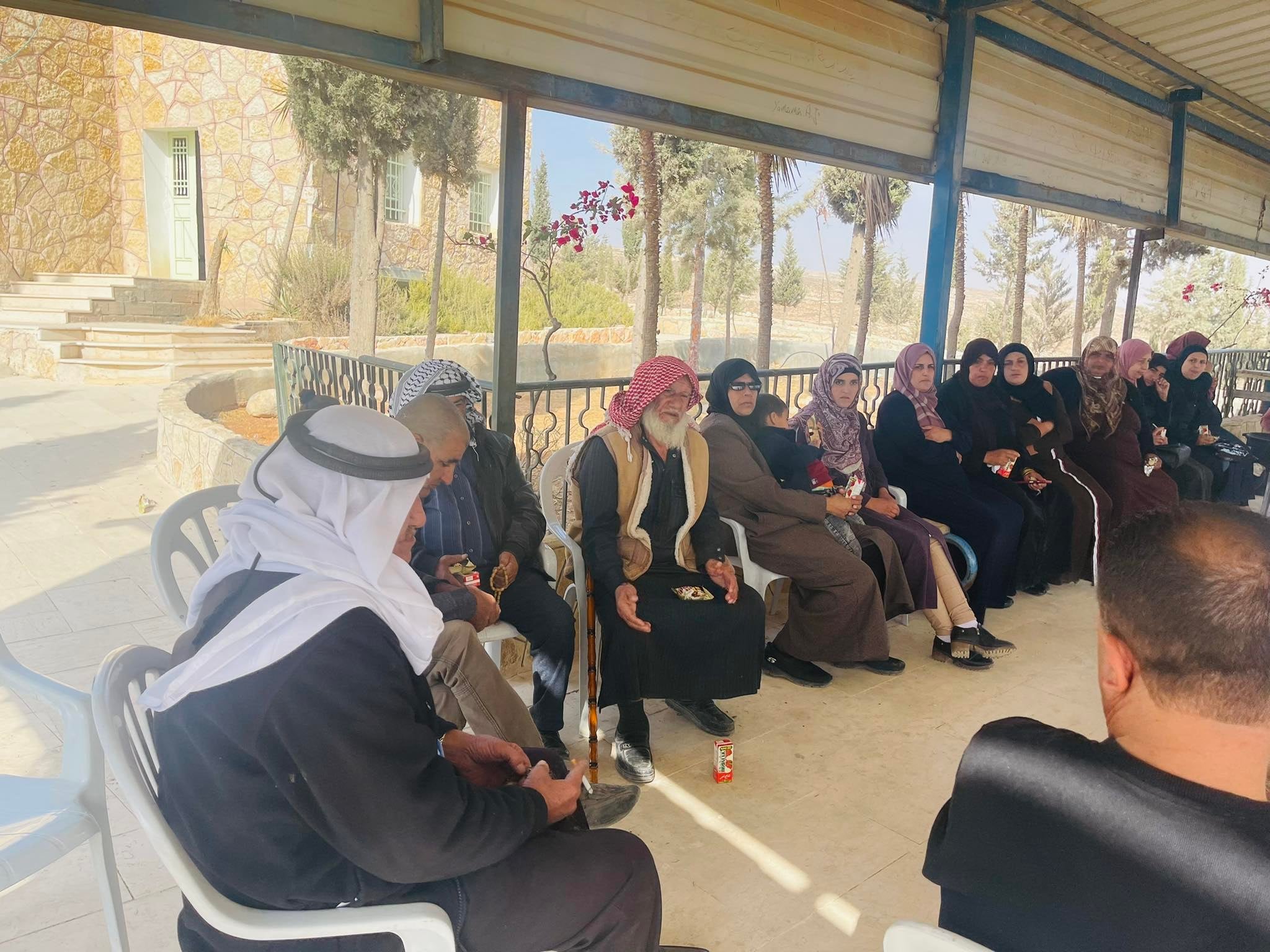 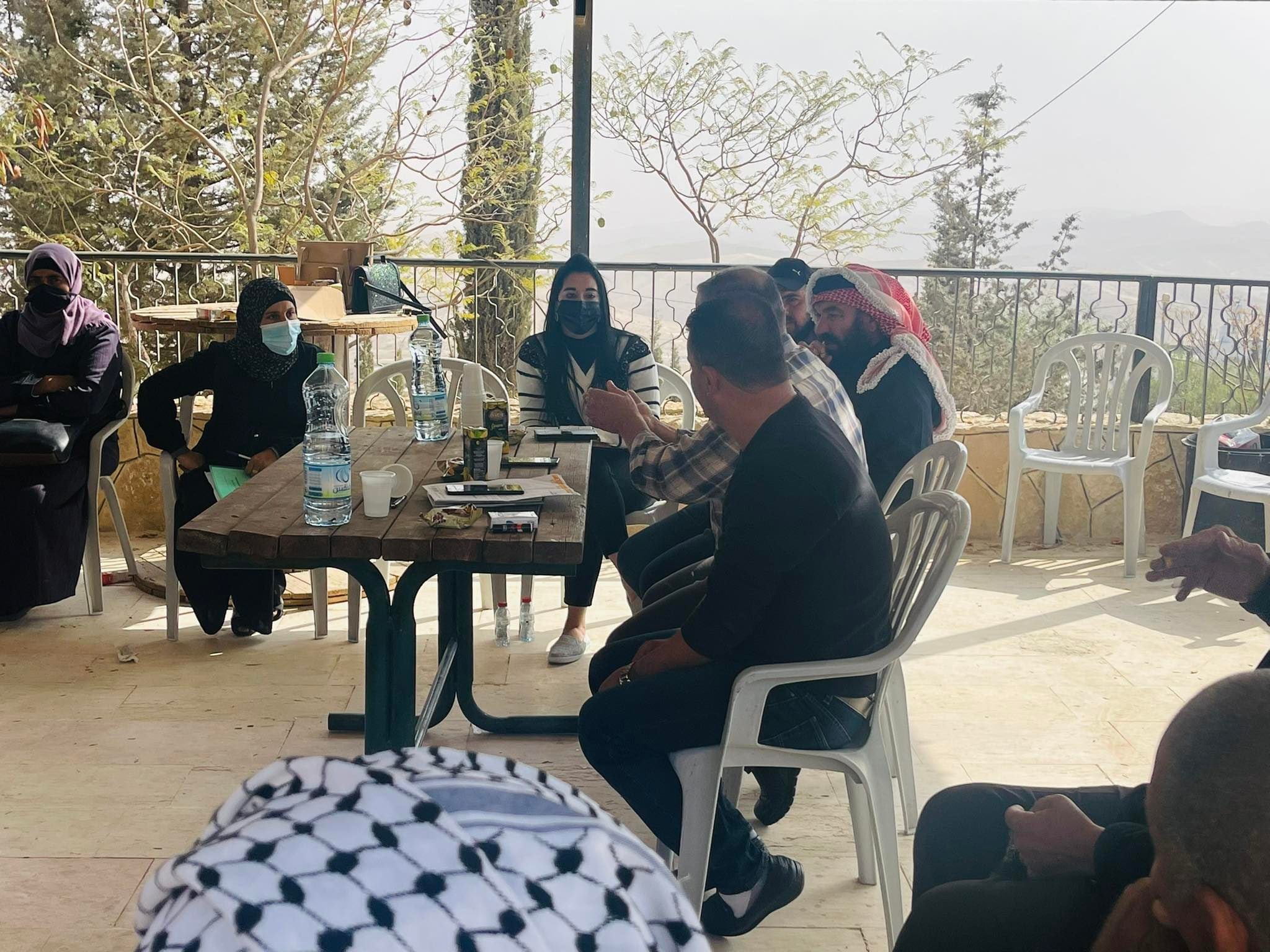 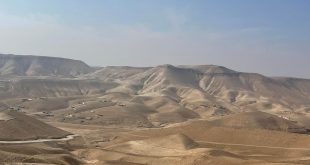