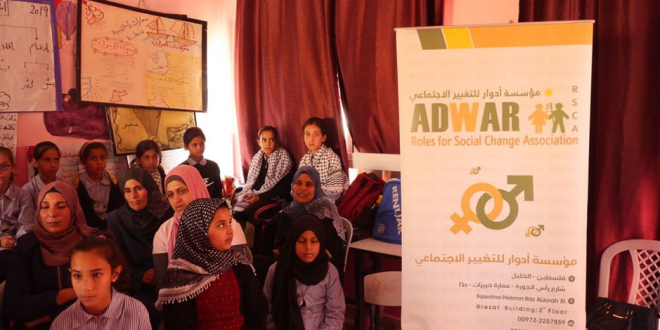 This program does not only concentrate on Palestinian women and girls, it also reaches the relationships between women and girls, and between men and boys. Moreover, this program gives attention to understanding the reasons behind giving women secondary and lower roles in the Palestinian society. Issues could be summarized as the following:
– Gender-based violence, Lately the violence phenomenon against women and girls and lowering their status in the society has increased. In which violence against them practiced in various dangerous forms; physical, psychological, sexual, social, constitutional, women and young girls’ killings, committing suicide, cybercrime through social networks, depriving them of opportunities and services, and forcing them to marry at early age as well as depriving them from marital rights. These factors have weakened women and girls on the social level, living in a state of self-sufficiency and ideological assimilation and restricting their practices only in traditional and reproductive roles.
– The existence of psychosocial issues, Palestinian women and girls suffer from many disorders and psychological crises of depression and mental illness, which affected their self-confidence and the development of their psychological health. That is due to internal factors in the control of reactionary ideas and ideological extremism and external factors of political violence and attacks such as beatings, displacement, house demolitions, detention and raids, especially in priority communities.
– Denial of resources and opportunities, Bedouin and village women and girls living in Bedouin and rural communities suffer from a severe denial of access to basic services, lack of access to gender-based practical needs of health, education, transportation, electricity, water, infrastructure, sanitation and environment services. This related to the classification of these communities as C areas, where they are under the control of the occupation and suffer from the lack of the Palestinian state institutions’ to provide them with the services they need.
– Limited access to social participation among women and girls and holding leadership positions in their community, degradation in the level of women participation in the community in comparison to men, which affects the level of raising their voice and presenting their social strategic issues and needs to officials and representatives in the Palestinian community. 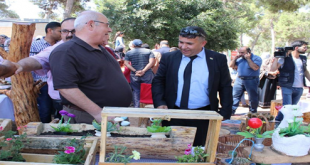 This program believes that it is not possible to work with women and girls only to ...